Yes, an 18 or 19-year-old guy can date a 16-17-year-old girl as long as her parents are okay with it. Dating isn’t an issue, however, depending on the U.S. state where the dating takes place having any type of sexual contact could lead the over 18-year-old boyfriend to be charged with statutory rape even though the sexual contact was consensual.

For example, in Tennessee where I live the age of sexual consent is 18, meaning that if the girl is seventeen years old and her 18th birthday is the very next day and you’re caught having sex (or she gets pregnant) providing that you’re over 18 then you can be charged and arrested for statutory rape because she is under 18 and considered a minor by law and you are over 18 and considered by law to be an adult.

To illustrate, let me tell you about a young couple that I know who live in the same area of the state as I do… The guy was twenty-two and the girl was seventeen and dating with the full consent of her parents. Well as is often the case, the dating turned sexual and they started having consensual sex and even stayed together and slept in the same bed at her parent’s house several times with the full consent of her parents.

And so after a few months of dating (and having sex), the girl who at that time only had a few months to go until reaching her 18th birthday became pregnant. I’m not sure if she got pregnant on purpose, or if the birth control failed or what happened, but no matter the result was the same… she was pregnant.

After finding out she was pregnant they decided to that the right thing to do would be to get married, however, like I said the age of consent in Tennessee is eighteen so they couldn’t legally marry in this state even with her parent’s consent.

So they decided to go to another state (Georgia where the age of consent is 16) to get married which they did. Well, when they came back to Tennessee as a legally married couple in Georgia the guy who was now the girl’s husband was arrested and charged with statutory rape.

I’m not 100% sure how the state got hold of this to bring charges but my guess would be that her doctor found out the circumstances and called the police and got the legal actions started against the guy… but he was charged and convicted of statutory rape.

As I mentioned at the start of this article it all depends on the U.S. state where the sexual act takes place since different states have different laws regarding consent and statutory rape. Some states have a “close-in-age exemption allows minors to engage in sexual acts with partners less than 4 years older” which complicates things even more.

The map below from Wikipedia gives a quick visualization of the age of sexual consent for each U.S. state… Click on image to enlarge…

You can find a good breakdown of the laws regarding the age of consent for each U.S. state here and you should study it closely if you want to date (with sexual contact) a girl who is 16/17 years old and you’re over 18 years old.

Personally, after I turned eighteen I made it a rule to not date a girl under 18 years old. Having and sticking to that rule made things much simpler and kept it legal with the state.

I remember back when I was twenty-eight years old there was a girl who kept trying to attract me and even asked me out several times, (yes, sometimes girls do ask guys out) and this went on for several months… every time I’d see her in the store or in town.

Well, I kept shutting down her advances because I wasn’t sure about her age, so one day she saw me and as usual, she came up and started talking… and during the conversation, I asked her how old she was and she said she had turned 18 a couple of months ago.

So me still not being sure, I told her, I don’t know you look younger than eight-teen to me… so she takes out her drivers license and shows me proof of her age. She was eighteen… I was, relieved, to say the least because before knowing her age I was wary of even talking with her when our paths crossed at the local supermarket or grocery store.

In conclusion, as a guy can’t be too careful when it comes to dating, sexual contact, and the legal age of consent. Sure you can as 18-19-year-old guy date a 16/17-year-old girl without sexual contact… no kissing or anything. But what funs that? That’s really just being friends.

But if you two want to take it further and move it into a sexual relationship then tread lightly and know the laws for your state. And keep in mind that I’m not a lawyer and that this article is not to be taken as legal advice.

Probably the best and safest thing to do is to do as I did when I turned eighteen and date only girls who are also eighteen years of age or older. 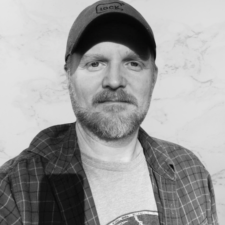